I’ve already written about my steps to ruggedise an Orange Pi Zero for outdoor use. In this post, I describe how I did essentially the same thing to the USB DVB-T dongle, so it could be mounted outside, on an antenna mast or tripod. 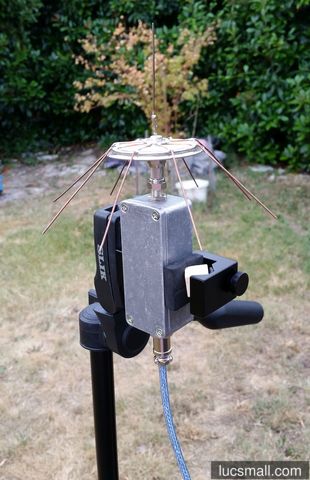 At one end there’s an F connector for connecting an antenna either directly or via a length of coax. At the other end is a 5-pin GX16 connector carrying USB power and data.

To provide an extra level of protection from the rain, the unit can be shrouded in a section of PVC pipe with an end cap fitted.

I removed the snap together plastic case on the USB DVB-T dongle and performed three mods before mounting it in the enclosure:

First, I used heatsink plaster to attach small heatsinks to the two main chips (the RTL2832 and R820T2) and to the blank areas on the underside of the board. I did not have really small heatsinks on hand, so I used a hacksaw to cut down a larger heatsink held in a vice. These chips run really hot, so heatsinking is a good idea, particularly when used outdoors on a hot day. 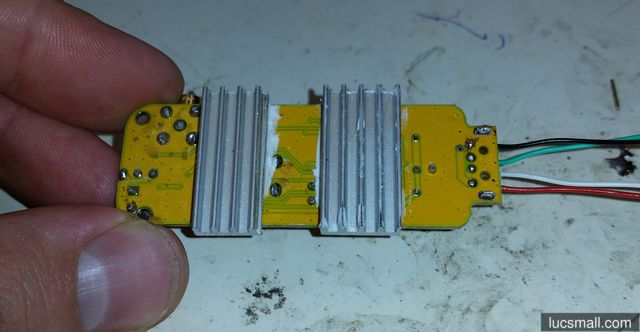 Second, I removed the USB connector so I could solder wires directly to the PCB: 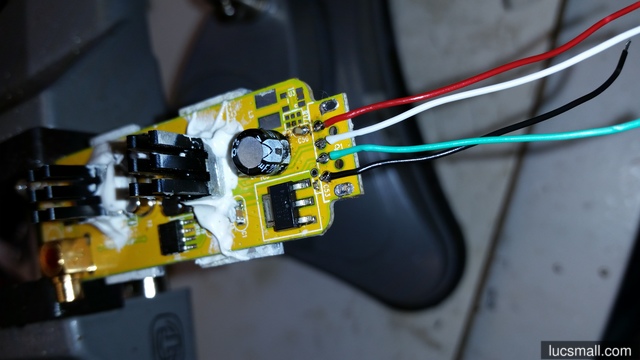 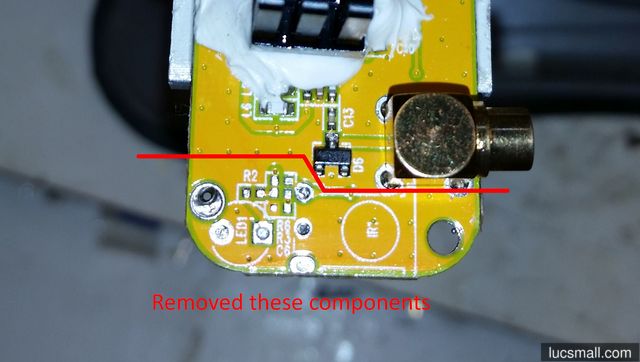 I drew up, printed and attached the following template to each end of the 1590A style aluminium case: 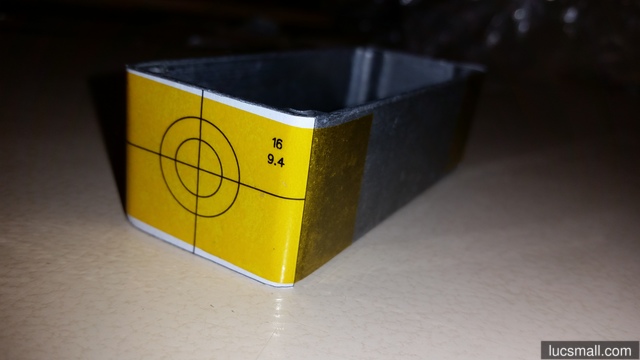 I completed the assembly by soldering wires between the 5-pin GX16 connector and the DVB-T dongle to carry the USB power and data signals.

I then connected the coax pigtail to the MCX connector on the DVB-T dongle and bolted the F connector end to the case.

Finally, I used heatsink plaster to secure the heatsinks on the underside of the DVB-T dongle PCB to the case. I then applied 2-part epoxy to further secure the dongle to the case and to hold the wires in place. 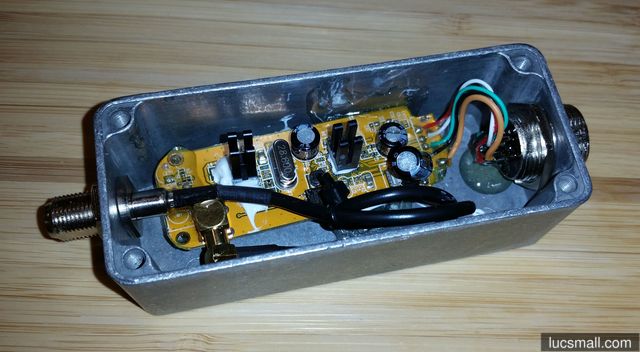 The aluminium case will provide good dust protection, but there is still a chance that water could enter the unit through gaps between the lid and the case, or through the connectors. To help prevent this, I used a small length of 50mm PVC pipe and a matching end cap to create a very simple shelter for the ruggedised dongle: 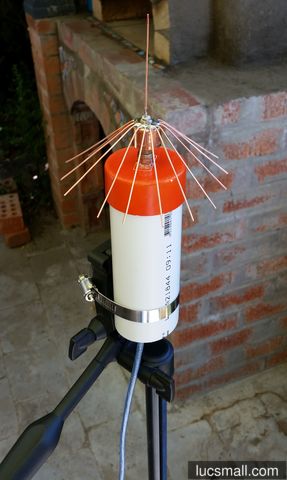 I drilled a hole in the PVC end cap to allow the F connector to pass thru and connect to an antenna. To help centre the hole, I made another template:

Putting it to use

I made up a custom cable using two 5-pin GX-16 plugs and a length of old USB cable, to connect the ruggedised dongle to my ruggedised Orange Pi Zero. Together, the two units make a sturdy setup for SDR.